I'm a passionate and experienced writer who knows narrative is at its best when deeply tied to the other disciplines of game-making. My work focuses on imagined communities, emergent stories, and making room for the player.
​​
alexbnewcombe@gmail.com
LinkedIn

Game narrative is often described as being in tension with gameplay, but my best storytelling happens when examining and playing with that tension. I love to find ways to turn gameplay into narrative, taking what players are excited about and making the story celebrate it instead of ignoring it. 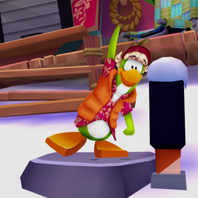 Click for video
Rookie's Adventures - Club Penguin Island
I wrote many quests for Disney's Club Penguin Island. Rookie's quest line was challenging due to limited gameplay scope. However, by focusing on the character relationships, the world, and the humour, it ended up a success that connected with players.

Click to play
Leaving Space - Short Interactive Fiction
My submission to the Sub-q Magazine Game Jam, with the theme prompt of "love". Written in Ink. 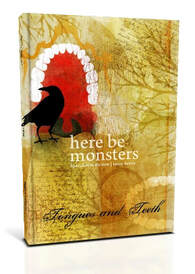 Click to read
Cecilia - Short Fiction
This short story takes place in the near future where advanced helper AI have disrupted nearly everything, including crime and law enforcement.

Cecelia was originally published in issue 6 of Here Be Monsters, a fiction anthology I co-founded and ran for several years. 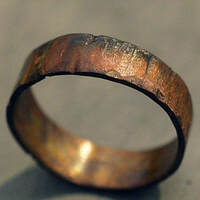 Click to play
The Djinni - Interactive Fiction
Play a travelling merchant who is forced into an uneasy alliance with a Djinni (genie).

I wrote this to explore trust and player agency inside of branching stories. 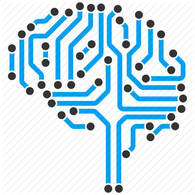 Click to read script
H Plus - Sci-Fi Cutscene Script
A short dialogue-driven cutscene for H Plus, a squad tactics game taking place on the moon of Titan. This scene takes place midway through the story, just as the battles between the rebel workers and the authoritarian company begin to take on a bigger scope. 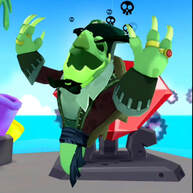 Click for video
Shellbeard Battle - Club Penguin Island
This is the culmination of a comedy-adventure quest line where players help Rockhopper the pirate retrieve a fabled treasure.

This finale battle features some defining character moments as well as a lot of variant dialog based on player action.